Where Are They Now?

We'd love to hear from other Magic Center Odyssey of the Mind alumni. Let us know about your Odyssey experience, what you are doing now, and how the things you learned as an Omer have helped you along the way. Email your story and a photo to webmaster Tracy Larson. 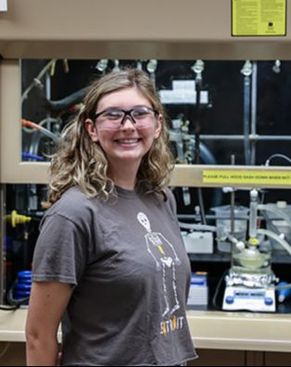 An adventurous willingness to explore outside the box propelled Emma Timmel on the improbable path from her Florida hometown and Catholic high school to Saint Michael’s College, where now her advanced science scholarship and year-round research wows faculty mentors.

Recently, another Timmel exploratory excursion impressed national science elites too. Her original research idea to stretch the chemical potential of biofuel production in a way that advances solar panel technology earned Timmel a highly prestigious Honorable Mention among 2018’s national Goldwater Scholarship applicants, who represent the top 1 percent of undergraduate science researchers from America’s best colleges and universities. Being among them will be a major boost for Timmel’s resume as she applies to graduate schools, said her most immediate research mentor for the past three summers on biofuels-related research, chemistry Professor David Heroux.

Goldwater Scholarships, intended just for undergraduates, are awarded by Congressional district, so Timmel, who has a double-major in chemistry and environmental science, was competing with other student researchers from the 20th district of Florida. The greater-Orlando native says she’d never even heard of Saint Michael’s before winning the College’s Book Award while in high school — but once she learned more and visited, she “fell in love” with the campus and science programs, appreciating the advantages of studying high-level science at a smaller liberal arts college.

“I think 100 percent that the advantage here is how you can get so close to the faculty,” she said. “I often think of how if I’d gone to a larger school back home in Florida, my life and goals would be entirely different.” Timmel says she had a suboptimal experience with chemistry in high school, but Heroux and Lamos quickly saw her potential when she aced her initial intro chem class as a first-year. Heroux “bugged her” about considering the major, “and eventually I saw what he saw,” she said.

Heroux said, “She had to come up with her own completely novel research idea. A lot of times students are building off something we do or have experience in, but this was something where I didn’t know what she was talking about, so she had to challenge herself with a great amount of reading on her own and coming up with the concept. What makes a really top researcher is the creativity — coming up with something new — and her idea, no one’s done it anywhere. It’s a really cool idea.” 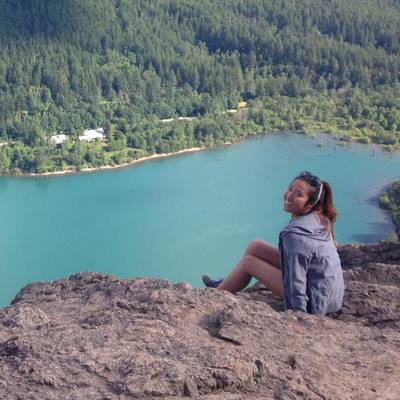 ​Though it has been almost four years since then, my team being awarded
the Ranatra Fusca my senior year of high school to this day is still something that I am incredibly proud of. Growing up, I participated in Odyssey of the Mind for seven years between fourth grade and senior year, and the skills that I practiced during those seven years are still skills that I use as a fourth-year civil and environmental engineering student at the University of California, Berkeley.

Obviously, the creative, out-of-the-box thinking that Odyssey of the Mind taught me has come in handy as I learn to be an engineer. Engineering is such a dynamic field and the innovation that comes with it is inherently based in the ability to think creatively. This innovation, however, is not a solo endeavor, and Odyssey of the Mind’s emphasis on teamwork also has stuck with me for the past three years.

I spent my junior year at Cal serving as the project manager of Cal Enviro, the ASCE-sponsored wastewater treatment competition team, and my success in that role and our success as a team was largely dependent on my ability to foster a collaborative and productive workspace. Odyssey of the Mind was also my first experience performing in front of a crowd, and I genuinely believe that my confidence to stand in front of a classroom and teach a class on wastewater treatment stems from the accepting and encouraging nature of the Odyssey community.

Most importantly, Odyssey of the Mind has taught me that every problem is chance to learn, grow, and evolve as a person. What started as broken spaghetti towers, on-stage nerves, and teenage drama ended as unwavering paper bridges, the confidence to perform in front of a crowd with a full face of blue makeup, and lifelong friends sharing an unforgettable experience at the 2014 World Finals. This is something that I really take to heart because often, being a student is stressful, overwhelming, and difficult. From my experience with the Odyssey community, I’ve learned to look forward, and see obstacles not as barriers but as opportunities for immense personal growth.